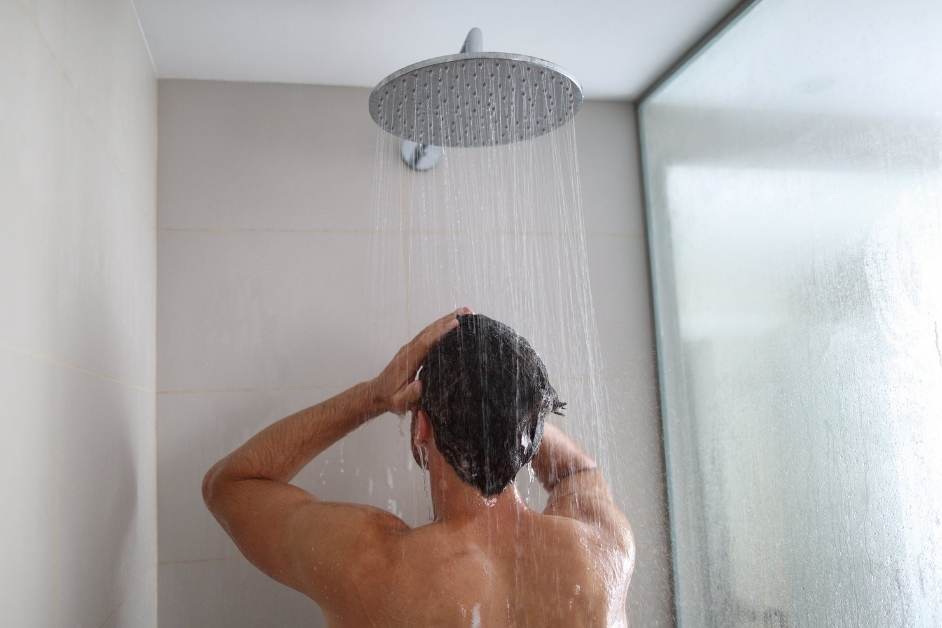 It was 4:30 am the morning of my very first half marathon.  I stood in my bathroom, barely awake, staring at my shower, and thinking, “Should I take a shower before my run?” I thought perhaps it would make my race go better. Is there a best answer for runners for when to shower around your run?  I’ve done the research, so let’s take a look!

Showering before your run is the best choice if you have a hard time waking up in the morning, you’re acne-prone or if you’ll be around a lot of other people indoors at a gym or fitness center. It can also be a helpful part of your warm-up routine. Cold showers may offer added benefits.

But pre-run showers aren’t for everyone and there can be downsides, too. When I talk about showering before a run, I mean someone who showers right before they head out the door on their run. Read on to learn more the pros and cons of showering before your run, factors to take into consideration, and even some of the benefits you might reap if you turn that shower dial to a cold water setting.

Benefits of Showering Before a Run

There are several advantages to showering prior to your run.  These include:

Cons of Showering Before a Run

Showering sounds like a great option at this point, right? Keep in mind there are also some cons of showering before a run.  They are:

So, is it better to take a shower before or after running/exercise?

If you need help waking up, are acne prone, or will be running close by others it’s best to shower pre-run, otherwise waiting until after is probably ideal. Wasting water by showering twice is not good for the environment and we’re guessing you’re going to want to clean away all that sweat after you run.  And potentially damaging your skin from over-showering opens you up to problems ranging from itchiness, dryness, and infection – none of which are pleasant side-effects. but in the end, it mostly comes down to personal preference.

Are cold showers before a run a good idea?

Cold water has had a reputation as a cure for a number of human ailments and conditions.  More recently, science has begun to delve into the claims about cold water to better understand, and possibly confirm, cold water’s benefits. So, if you still aren’t sure if a pre-run shower is for you or not, perhaps you may consider a cold shower.

Here are two reasons you might consider taking a cold shower prior to a run:

In general, according to Harvard Business Review, there are universal benefits to taking cold showers – not necessarily prior to your run – even if that means only switching the water to its coldest setting for the last 30 seconds of your hot shower!

Some of these benefits of a cold shower are:

Though cold showers can provide lots of benefits to the body, these benefits won’t necessarily impact your running. But they might! If it’s what you need to help you get out the door and feel more awake on your run, it may be exactly what you need.

What else should you do before running?

Besides a possible shower, what else should you be doing before your runs?

If you’re wondering what I decided to do on the morning of my half marathon, after weighing my options, I decided not to shower beforehand.  In the end, the idea of taking two showers in one morning outweighed any potential arguments I had in favor of showering before my race.  Besides, rewarding myself with one nice, hot shower after a long and sweaty race sounded amazing!  The rule of thumb is to never try anything new on race day, and showering beforehand would have definitely been something new for me.

But never say never! Some of those pre-run shower benefits can’t be ignored.