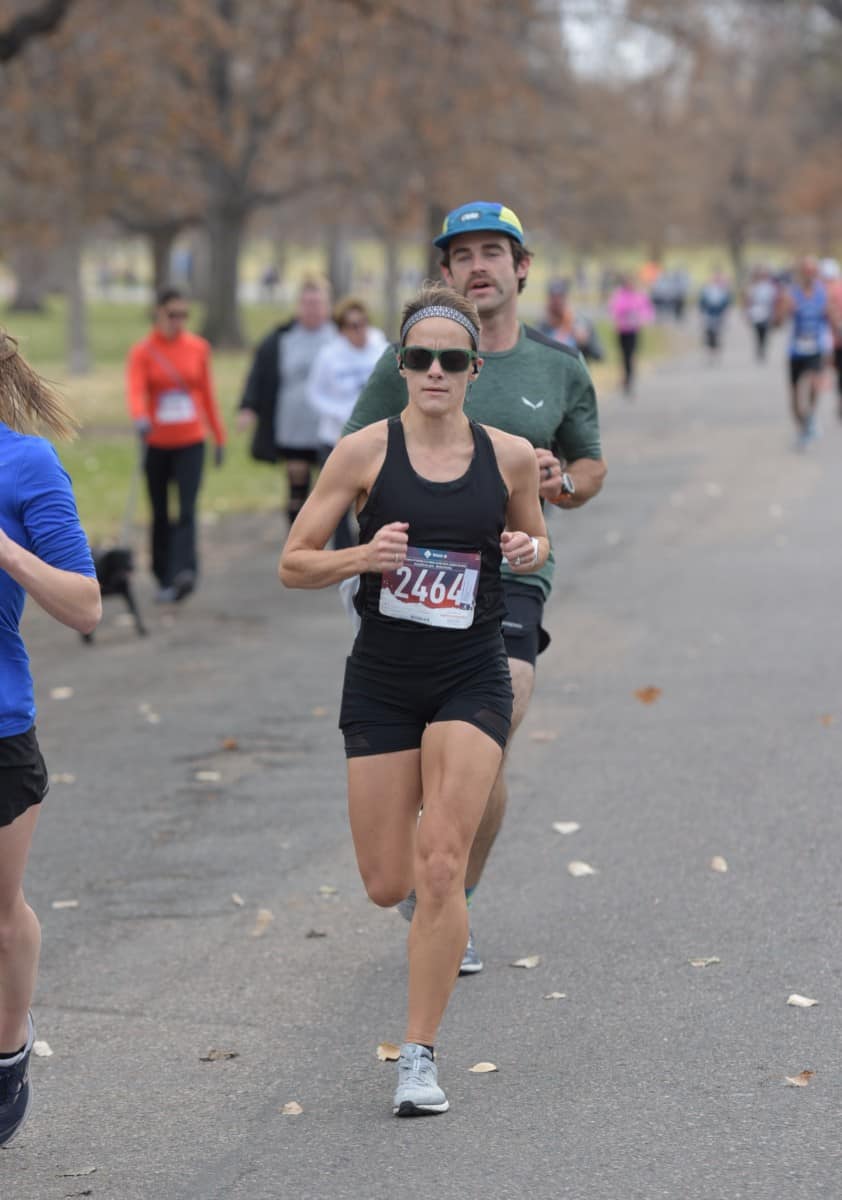 As someone who has run for many years, I throw out acronyms related to the sport like it’s my job. When you use something so widely in your vocabulary, it’s easy to forget it’s not an actual word in the dictionary that everyone knows. I’ve made the mistake of stating on social media that my race time was a “PR” assuming that everyone would know to hand out virtual high fives. But then someone wrote, “What the heck is a PR?” Which is why I figured it would be the perfect thing to address here.

So, what is a PR in running? PR stands for “personal record” and you may find it used interchangeably with PB or “personal best.” A runner achieves a PR by running the best time they ever have in a race of a particular distance. Therefore, a runner will often have multiple PRs – such as in the 5k, 10k, half-marathon and marathon. It is widely accepted that “true” PRs should come from officially-timed races.

What a PR is in Running

Perhaps you’ve recently began racing or are training to do so. Maybe you’ve completed road races before, but hadn’t put too much thought into your time or improving it. As you continue your running journey, you’re likely going to start paying attention to your times for particular races and try to figure out how to improve those times. There’s nothing quite like the feeling of snagging a PR, or personal record.

Let’s talk a bit more about what exactly is considered a PR in running.

In order to get a PR, you need to get your best time in a specific distance. The best way to track this is by documenting your times for every race that you do. Athlinks is a website where you can create an account and it will track all officially timed races for you or if you have a Garmin watch like I do, it will also track all of your records for various distances.

And yes, I said “officially timed.” This means that you can’t technically get a PR by just running out your door and clocking your fastest 5k…at least that’s how most people see it. Honestly, it’s YOUR own personal record, so really you can do what you want. But, sticking to setting PRs on officially timed races means you can be more certain that the you truly ran the distance that you set out to do. (GPS is not always accurate – I’ve found this to be especially true with my Apple watch and the Map My Run app. A Garmin watch is about the most accurate that you can get, but nothing is 100%.)

Here are examples of how you might track your PRs:

This is a personal example of my marathon PR progression in 3 different officially timed races:

What are course records and is that the same as a personal record?

You don’t have to run the same course to set a PR, but many runners like to pay attention to course records. Running the same course is probably the best indication of your fitness level improving because it’s much more “apples to apples.” The elevation you run at can really make a difference as can elevation change within the race itself.

Here is an example that shows the progression of a course record in the 10k.

You’ll want to track your PRs in every race distance that you do. And as you gain more fitness, you might try to go out in each distance and get a new PR. Otherwise, you’ll have an old PR sitting around that you know you could smash if you tried. Ultimately the information is really just for you, so you have to decide if getting a PR is important to you or not and how you might use that to improve your running.

The most important aspect to know about a PR, or personal record, is that in order to obtain one you’re simply competing against yourself. The truth is that unless you’re the next Eliud Kipchoge or Shalane Flanagan, another runner will always be better than you.

That’s why instead of worrying about what everyone else’s times are, you want to focus on improving your own running and beating previous running times. That’s why runners talk so much about PRs. It feels like an amazing achievement to get one.

I personally like to use my personal records for motivation and to light a fire in me to improve. That’s how most runners use them, too. It’s a great “carrot” to go after, especially if you know you don’t have a chance of making the podium in a huge sea of runners.

Does every runner focus on PRs? No. Some runners just love the experience of running or the camaraderie that comes with races. Or maybe just bringing their best on that day. And that’s awesome! But personal records give a competitive person like myself a chance to compete without worrying so much about everyone else.

(That’s not to say I don’t try to pass other runners in races which is motivation in and of itself…just keeping it real!)

Training for a PR in Running

PRs aren’t easy to come by. Or at least they shouldn’t be. That’s what makes obtaining them feel so good.

As you begin running you may be able to get them more often because your fitness will improve greatly as you run more. But as someone who has run for two decades, it takes a lot of hard work and focus to get my best time in a race.

So how do you go about training properly to continue to get PRs?

The thing is, you don’t want to just get one PR in a particular distance and then call it good. Getting them is addicting and it’s fun to try to set your own running records. But to get them again and again, you have to keep upping your training and doing something different.

You won’t continue to get PRs just by doing the same things you’ve always done.

There are some tried and true steps you can take to continually improve your running in order to snag PRs.

How to Get a PR in Running

As you get started in working toward achieving your PR, you want to have that goal in mind. Speak it out loud. Write it down. And don’t be afraid to tell other people that you WILL get this result.

There is a lot that goes into running training, and there are different specifics you’ll want to pay attention to depending on what distance in which you’re trying to get your personal record. For example, if you’re working towards a 5k or 10k PR, you’ll want to focus more on those fast-twitch muscles whereas going for a half-marathon or marathon PR will be more endurance focused. But there are many general principles that will help you no matter what distance you’ll be racing.

Here are my 5 top tips to help you work toward your PR.

Is there more to it than this to achieve a PR? Most definitely. A lot of it comes with time, experience and trial and error. Another thing I want to mention is that PRs in short distances can often occur when you start training for longer distances. A big factor is the increased mileage and getting more fit. I got an “unofficial” 5k PR just last weekend for a time trial that was part of my marathon training.

See how I said “unofficial” PR? That’s because it was a virtual race and not officially timed. I hope to soon make it official, and it certainly gave me confidence knowing I could do it.

Should you try to PR every race?

As much as you’d love to, you’re not going to get a PR in every race. That’s completely normal! With running comes ups and downs, and some races you’ll do more for fun. Don’t skip a race just because you don’t think your current fitness level isn’t PR worthy.

Achieving personal records is definitely a fun part about running races, but it’s far from everything. And besides, if you got a PR every single time you raced, it wouldn’t make them nearly as exciting to get. PRs are a big deal, and you should be incredibly proud every time you earn one.

*As an Amazon Associate I earn a commission from qualifying purchases.