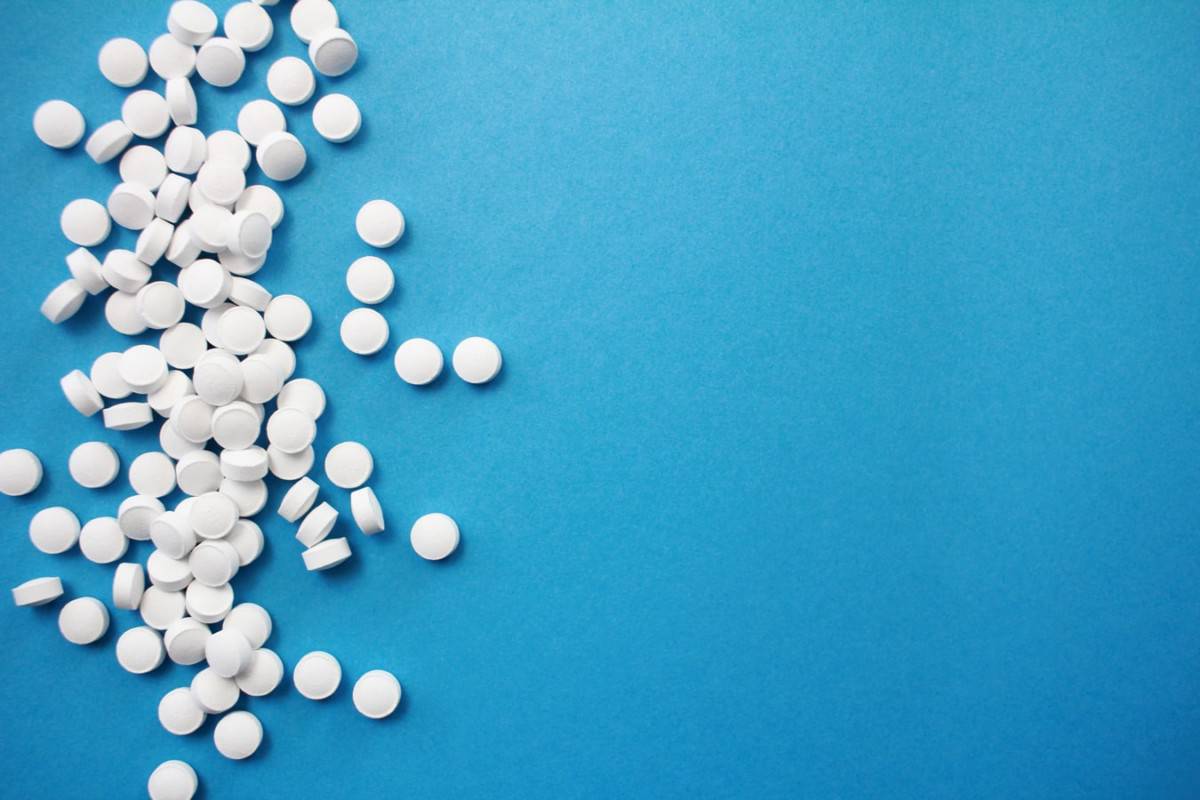 As runners, we put our bodies through a lot. Especially when in training mode, soreness and discomfort from mile after mile of hitting the pavement is often inevitable even when you’re training smart. Aches and pains are one of the normal byproducts of an athlete working to improve their performance. A typical response people have to feeling uncomfortable is to take an over-the-counter painkiller. But should you really be taking Advil or Tylenol before running? Of course they can make you feel better in the short-term, but is taking these really in your body’s best interest?

When I was training for my first marathon many years ago, I took Advil before every single long run I did. What I didn’t realize at the time was that this practice was actually making me sick.

Here we’ll dive into the world of masking running pain with painkillers like Advil and Tylenol and find out why you shouldn’t be utilizing this practice any longer. We’ll also have alternatives for you to implement so you can still continue to run as pain-free as possible.

Ibuprofen (Advil) and Acetaminophen(Tylenol) are widely used pain relievers and are generally regarded as safe to use when taken in the exact dosages on the label or as directed by your doctor. They can be purchased over the counter (OTC) and unlike prescription painkillers, they are non-habit forming. Doctors recommend their use for certain ailments, and in those cases, you should adhere to your doctor’s guidelines. It certainly has its benefits and is prescribed for a reason.

But many people take these drugs without any consult with their doctor. It’s common for people to use them at the first sign of pain without a second thought, and no one questions when someone pops an Advil or Tylenol. The pain relief they provide for common ailments such as headaches or menstrual cramps make them an obvious go-to.

But just because they are overall safe and effective doesn’t mean they are without side affects and risks. I want to focus on the interaction of using each of these alongside running, however, and not the side effects in general. But you can find general information for each of these pain relievers here (Tylenol) and here (Advil).

The following information I am providing in regards to using these medications as part of your running training is well researched, but I will preface it with the fact that I am not a doctor. If you have questions or concerns, they should always be your professional resource.

I went a long time using Advil every time I went running – and suffered – and I think it’s important to know how these painkillers can affect you as a runner.

The Reasons Why Running and Painkillers Don’t Mix

Nobody likes to be in pain. And when there seems to be a simple fix by way of a relatively harmless medication, runners, like everyone else, may turn to them as a way to feel better. Utilizing Advil and Tylenol every once in awhile for a fever or pain relief isn’t what we’re talking about here though. It’s about using them specifically to reduce or eliminate the soreness that comes from lots of running and how they can be a detriment to your recovery and even be the cause for sickness and injury.

In short, don’t use them in conjunction with your running. Here’s why.

The Case Against Advil and Running

Harvard Health Publishing of Harvard Medical School noted that many marathoners and endurance athletes take non-steroidal anti-inflammatory drugs (NSAIDs) such as ibuprofen before or after exercise to alleviate the pain associated with it. The study they quoted goes on to say that 75% of ultramarathon runners ingest these during a race. This rampant use makes it seem like it’s a completely acceptable thing to do in the athletic world.

But just because lots of people do something doesn’t make it the best choice. If Advil reduces inflammation and can get you through a workout more comfortably by taking a dose, what is the downside? Here are the key points:

A study published by the U.S. National Library of Medicine found that ibuprofen “aggravates exercise-induced small intestinal injury and induces gut barrier dysfunction.” They go on to state that its use should be discouraged. And though there can be a host of reasons why stomach problems may present themselves during a run, if you’re taking Advil, definitely rule this out as a possible culprit, says the Mayo Clinic.

The Case Against Tylenol and Running

Tylenol (acetaminophen) is often assumed to be the most safe OTC medication we can take for pain. There are certainly times that it’s appropriate to take and can make us thankful for modern medicine. So we just went through all the reasons you shouldn’t be taking Advil before running, so what about Tylenol? Would that be a safer alternative?

Tylenol is usually regarded as the safer option to take in conjunction with exercise. According to this article from the Chicago Tribune, the Chicago Marathon’s medical staffers won’t dispense ibuprofen because of its GI and kidney risks, but they will give runners needing pain relief acetaminophen instead. But safer doesn’t necessarily mean “safe” or “good.”

Though Tylenol has a much weaker anti-inflammatory effect than Advil, it can still take away your body’s ability to naturally heal and recover. If you need to take something sporadically, say to get rid of a headache or menstrual cramps in order to complete a training run, than Tylenol is the much better choice. Or might we recommend the best choice of taking a rest day? Runners are notorious for pushing through when they shouldn’t be.

Ultimately, Tylenol should never be used habitually to feel better from the normal soreness associated with hard running training.

Alternatives to Tylenol or Advil Before Your Run

Runners usually take Advil and Tylenol before a run because of the inflammation associated with the muscle and tissue damage that occurs from putting extra stress on their body. There is an incredible amount of force put on the joints, muscles, and tissues in your lower body when you run, so it’s only natural to feel discomfort when you’re upping the mileage from week to week. Add in extra speed and that compounds the distress you feel.

So, if you are sore, uncomfortable, or in pain, and need to get your run in, what are you to do? Nobody likes to be told they can’t do something without an alternative solution. Luckily, I have those for you. And no, they may not give you immediate relief like Advil or Tylenol can, but they are safer and better for your body. Plus, by letting your body do what it’s supposed to it can make you a better runner, too.

Here are some much safer alternatives to popping painkillers to get through your runs:

If you’re truly in pain and physically can’t get through your run without taking a painkiller like Advil or Tylenol, then you have a bigger problem on your hands. You shouldn’t be running anyway. Try our suggestions listed above first, but otherwise, a visit to a doctor specializing in the type of pain you’re suffering is probably necessary.