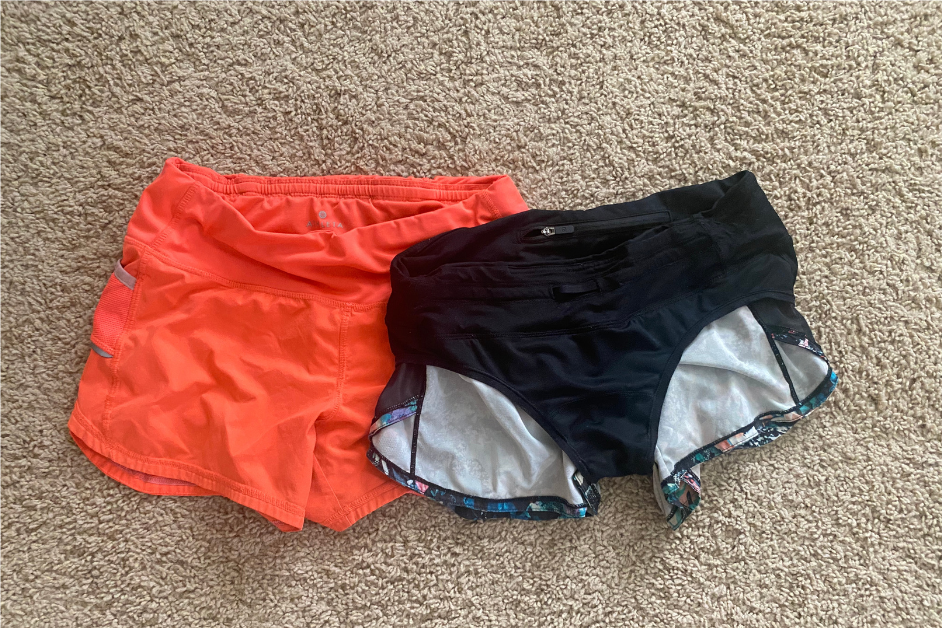 If you’ve ever picked up a pair of shorts that’s specifically made for running, you’ll notice that most have a liner inside that resemble a pair of underwear. Some people may find this irritating, while others have become so accustomed to it that they don’t really know any different. Either way, it can be confusing to know whether or not you should wear underwear with this type of running shorts.

Running shorts that have a liner are intended to be worn without underwear. The liner provides similar support and protection to underwear so you don’t have worry about another piece of clothing during your run. Wearing underwear with this type of running short can often be uncomfortable and lead to chafing, but that’s not true for everyone.

Even though these running shorts were constructed this way on purpose so you could skip wearing your undies, there are no underwear police going around telling you what to do. Ultimately it’s what you find to be the most comfortable…hopefully this article will help you be the most comfortable on your next run.

Are you supposed to wear underwear with running shorts?

There is no hard and fast rule written in a running bible anywhere that says you should or should not wear underwear with running shorts. Though the shorts we typically think of as “running shorts” usually have a built-in liner that is there to serve as your underwear. But these days there are lots of types of running shorts so it really depends on which kind you’re choosing.

Here’s a rundown of each type of short and if they are (or aren’t) a good choice for wearing without underwear. Though the decision is really up to you.

Most loose-fitting running shorts come with a liner/built-in underwear and you can find them from all of the top brands. The liner resembles brief-style underwear and is usually mesh or another thin, breathable material that helps keep you cool. These were designed to be worn without underwear. Wearing them with the wrong type of underwear can lead to some bad chafing.

Less common, but becoming increasingly popular are running shorts that are instead lined with more of a boxer-brief style or what I like to call for women “booty shorts.” Some have a thicker liner than others, but they all have a bit of compression which makes them a good choice to be worn without underwear.

Compression shorts aren’t always marketed as running shorts, but they can be a great choice for both male and female runners. They come in various lengths so you can choose what makes you the most comfortable and goes with your personal style. The long ones, which they have for both men and women, can be great for preventing “chub rub.” (Hurts just thinking about it.)

Because these are so tight already, there’s really no reason to wear underwear with them unless you want to. Women can opt for a thong which will feel pretty unnoticeable, but guys will have a hard time finding underwear that work well unless opting for an athletic brief such as these from Runderwear. Some people also like to wear compression shorts in place of underwear under an unlined pair of running shorts.

True running shorts that don’t come with a liner are harder to find, but they are out there. If you are someone who prefers to wear your own underwear with your running shorts, definitely keep an eye out for this style. Unlined running shorts offer the best performance and comfort when paired with your own set of underwear.

RELATED: The Best Running Underwear to Prevent Chafing for Men and Women

Why are there built-in underwear in running shorts?

Most running shorts have built-in underwear so that you can skip wearing your own underwear while still getting the benefits that underwear provide. But unlike most underwear that’s not made with running in mind, the liner inside a pair of running shorts is designed for fast movement and sweat. Moisture-wicking fabrics such as polyester keep you dry and the bit of stretch from fabrics like elastane easily move with you.

Perhaps the running shorts designers also had convenience in mind when they created these as it sure is nice to have one less piece of clothing (ahem, laundry) to worry about.

Is it bad to not wear underwear when running?

So you’re wondering about running commando…some of us worry about this more than others, I’m sure. Most people are of the mindset of “you do you” and if you like running without underwear (whether your shorts have a built-in liner or not) then that’s what you should do.

It’s not bad to go without underwear when running if that’s what you find most comfortable and as stated, that’s what those liners are there for afterall. But you may find that there are downsides to going without with these being the most common downsides:

If you’re feeling strange about running without underwear, I’m here to tell you it’s totally fine as long as that’s what you are most comfortable doing. Though I will say if you’re going sans underwear in running shorts that aren’t either lined or a compression fit, just be aware of what may become visible if you’re not careful. And I’m not a man, but my guess is this free-flying action wouldn’t probably be that enjoyable…though apparently the athletes all competed naked in the Ancient Greek Olympics, so perhaps I’m wrong on that point.

The majority of runners seem to be comfortable wearing lined running shorts whether they choose to wear them with underwear or not. But if you don’t like it, you have choices.

Can you wear a thong while running?

Many women who prefer to wear underwear when they run decide to wear a thong instead. These pair nicely with running shorts that have a liner because you don’t have to worry about a whole other layer of clothing on your backside.

They are also a good go-to for any compression running shorts because you don’t end up with visible panty lines. Though I would encourage you to get a good quality pair of shorts made from thicker material – they’ll give better compression while being more flattering on the booty IMO. (Here are a favorite pair of mine I wear with a thong and they are a great price, too!)

I will say, though, as with any underwear you choose, you still need to be careful which ones you wear otherwise you’ll end up with really terrible chafage. This post gives my top recs of all running underwear.

Wear underwear or don’t…it’s really up to you!! If you find that one way is making you chafe or doesn’t feel good, I’d recommend giving the opposite route a try!

Don't skip your run or race just because the temperatures outside are frightful! Barring extreme conditions, you can and should keep running outside when it's cold. Winter running builds mental...

Continue Reading
link to Should You Run in Cold Weather? Weighing the Pros and Cons

For those of us living in colder climates, winter means cold-weather running. It's a time to dig out our beanies, mittens, running pants, long sleeve shirts and running jacket to stay warm. However,...