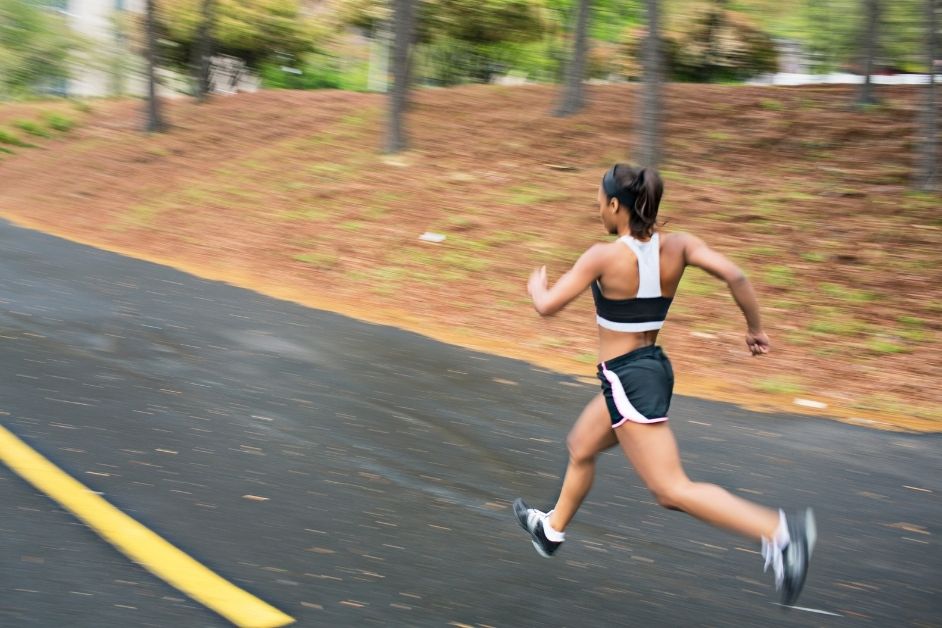 For a seasoned runner, one mile really doesn’t seem very far to go. But for someone who isn’t trained, running one mile can be challenging. Ultimately, a variety of factors will determine how long it takes someone to run one mile.

On average, it takes an adult between 8 and 10 minutes to run one mile. Trained runners usually run much faster with mile times between 6 and 8 minutes in length with the fastest elite runners finishing a mile in the 4-minute range.

Factors that Affect How Long It Takes to Run a Mile

It is not as simple as giving one exact average time for the mile distance. There are several factors that contribute to how slow or fast someone may be able to run those 5,280 feet (seems a lot longer when you put it that way!)

The factors that contribute the most to how quickly someone can run a mile are the following:

We’ll talk about each of those larger factors in depth later in the article.

Beyond that, there are a few other factors that can contribute to someone running a mile a bit quicker or a bit slower – dependent not upon WHO they are but WHERE they are running that mile.

And I’d be remiss if I didn’t mention genetics as a factor, as well. As much as we’d like to believe that we can do anything we set our minds to, there are just some people who were born to run fast based on their biomechanics. Of course, much of this can be replicated, but for a select few…as long as they put in the tough work, that upper hand will work to their advantage.

RELATED: Keeping Up with the Kenyans: What makes them so fast?

How Long it Takes to Run a Mile by Age

Age is going to be the number one variable in how quickly someone can run a mile.

It’s just not fair to pit a 20-year-old next to a 70-year-old and go for broke. Even a 40-year-old who has trained exactly the same as that 20-year-old will have a hard time keeping up. This is why most races have both “overall winners” as well as winners in each age category. If you’re going to compare, you might as well be comparing yourself to others close to the same age as you.

How old you makes a big difference in what mile time you are capable of. Teenagers and 20-somethings have the fastest average mile times, and then over time, this average declines every decade after that. As much as we’d like to believe our bodies will stay as strong and fit as they were in our younger years, unfortunately there is deterioration that we just can’t control.

Running Level shares the following mile-times by age for novice runners (runners who have run for at least 6 months):

You’ll see some larger races use age-graded percentages that can show where you fall based on your age and gender. According to runbundle.com, “This value can then be used to compare performances between males and females and across different ages and distances.” You can use their calculator here.

What is a good mile time for a teenager/high schooler?

Whether you have to run the mile for gym class, need to complete it as part of a tryout for your favorite sport or are running the mile on your track team, it’s normal to want to know ahead of time where you might stack up. Most everyone would prefer to fall in at least the average zone and if you can get a “good” time…even better, right?

According to Medical News Today, the average mile time for a teenage male is roughly around 8 minutes and just under 10 minutes for a teenage female. Anything faster would be above average and what we could refer to as a good mile time.

How Long It Takes to Run a Mile by Gender

Gender is another big factor in what your mile time will be, which is why we don’t see males vs. females in competition very often.

On average, male runners are faster than females. Of course, there are plenty of times that women beat men in races (just pop down to a local 5k one of these days and you’ll see), but men typically put forward the faster times.

From Running Level I found that the average man can expect to run a mile in close to 8 minutes and the average woman will likely run a time closer to 9 minutes. This site uses “standards based on well known formulas and data sources available freely online” to extrapolate average running times by gender.

The fastest recorded mile time is by a male and it’s about 30 seconds faster than the female best time. The fastest mile time was by Hicham El Guerrouj in 1999 with a time of 3 minutes and 43 seconds. The best time for a woman was completed by Sifan Hassan in 2019 in a time of 4 minutes and 12 seconds.

The discrepancy is quite a bit wider when you look at overall average times with the general population. Medical News Today writes that to be in the top 50% of males aged 32 – 36 for the mile (run inside of a 2-mile time trial), you’d need to run a 9:24, whereas a woman the same age would need to run an 11:33 to fall in that average and above category.

How Overall Fitness and Run Training Affect the Mile Time

How well you are trained as a runner is going to make a big difference in how fast you can run a mile.

People who are physically fit overall can usually pull off a pretty good mile-time especially if they engage in other endurance sports such as cycling or team sports that require a lot of running such as soccer. This is because they’re already doing activities that lead to a stronger and healthier body and more efficient cardiovascular system.

But the fastest mile times most often come from runners who actually train to get better at running. Essentially, to improve at running, you have to do more running. Not rocket science, right? Below we cover just what you can do as a runner to improve your mile time.

Take the Brooklyn Mile race for example. We can assume the runners who run this race have trained for it, and that is demonstrated by how much faster the mile times presented are than the overall average of the general population. The median women’s time in 2021 in the “open” category was about a 7-minute mile and the median men’s time in the same category was about 5:40. (The master’s median times were slower but still above average.)

How to Run a Faster Mile: Improve Your Fitness and Conditioning

No matter how long it takes you to run a mile right now, you can run it faster with the right training (that is unless you’re already in your absolute peak running shape).

Here are some tips to follow to improve your mile running time:

1.) Run More Often (and Farther) – Consistency in your running plays a huge part in increasing your running endurance and stamina. The easier it is for you to run longer, the faster you’ll be. If you want to improve your mile-time, you need to go for runs that last longer than a mile…ideally a few times per week.

2.) Run Most of Your Miles “Slowly” – It sounds counterintuitive that running slower will actually make you faster, but the best way to build your cardiovascular fitness is to train in the aerobic zone…which is only about 75% of your max heart rate. Not sure if you’re going easy enough? Think about going at a “conversational pace” which I discuss in depth here. It’s not just the marathon that’s a mostly aerobic event, the mile is, too…and that means you need a strong heart.

3.) Run Fast Once Per Week – Even though most of your running will be easy-paced mileage, you still want to get your body used to running at that mile pace or faster. Interval training can be a great way to do this. Head to the track and after getting in a few warm-up laps, try doing 3 – 4 on/off 400s. Essentially this is just running hard around the track once and then doing a recovery lap once…and repeat. You can do less or more depending on your level and how you feel.

3.) Wear the Right Running Shoes – Shoes alone aren’t going to make you significantly faster, but they can certainly give you that edge to cut off precious seconds that matter in the mile. If you’re running on a track, you’ll want to choose long-distance running spikes designed for this distance that give the responsiveness you need. And if you’ll be running your mile on the road, you can opt for a carbon-fiber plated shoe with a springy foam designed to give you a boost on pavement.

The newer you are to running, the more quickly you’ll see improvement. You’ll be surprised how quickly your mile-time starts to improve just by adding the listed suggestions. Again, staying consistent is one of the best things you can do.